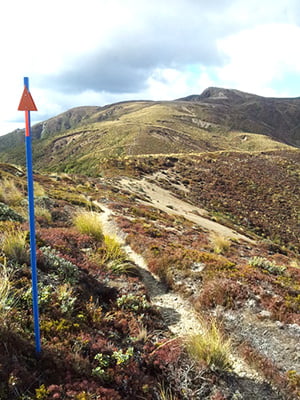 ‘Laura and I were camped below the Umakarikari Ridge, above the Waipakahi River, inside the forest. Unfortunately a cyclone was moving down the country. Two years earlier a man had died from hypothermia on the ridge, so we had to be careful. I asked Laura what she wanted to do. She rolled over in her sleeping bag, drizzly as the weather. She didn’t know, didn’t care, she wanted to go home.’

‘Lowland podocarp forest thinned out to beech as we tramped up through the slushy leaf litter. I loved the bush, the silence of trees stretching way above me, rooted down in the earth. I sank into the quietude, child of the forest, leaves soaking up light, rain filtering and splashing down, ancient power houses transforming the sun, living wisdom, knowing something I didn’t, even though, when I’d stop puffing in the small breaks I took every few minutes, I tried to find out.

‘Two young women rushed down into us, stumbling and trembling. They’d been blown over on the tops, had to hold hands against the wind, to stop falling. The words came out in a scrambled rush as they burst into tears. They wouldn’t ever go tramping again. The men arrived, weighed down by huge packs. The most exposed part would take four hours to cross. The hut was seven hours away. We could do it, they said.

‘So we kept on. Maybe we should have turned back, to be safe, but we didn’t. I’d spent years roaming the mountains, head above the clouds, body wrapped in the forest, away from the civilized haunts of men. I belonged in the mountains. The trees became dripping grey, ghost-like shadows. Outside the shelter of the forest, a grey sleet was belting down. We needed food in our bellies before stepping out into it. Laura didn’t want to, but she did follow, almost on her knees, to under the dead root of an overturned beech tree, thick with cobwebs. Animal-like we crouched over our food, stuffing cheese and onion in pita bread, stuffing it into our mouths, shedding rain with our coats. I loved becoming an animal, slipping into a vast instinctive wildness, on the inside of mystery. The animal understands nature, it stays close. 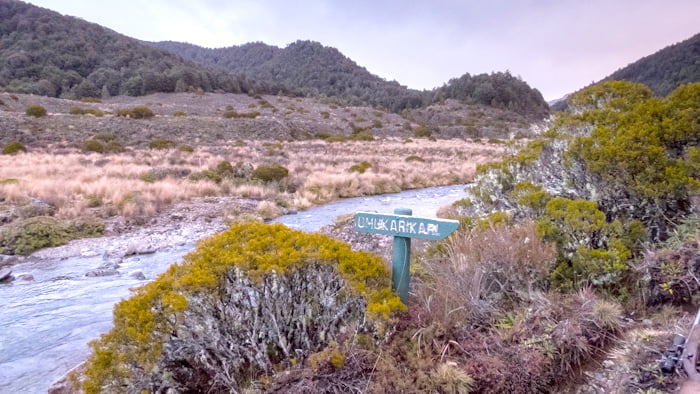 ‘Outside, the wind was shrieking, rain spraying in all directions. I could only see one waratah in front. That was enough. We faced into a terrifying, savage power, a wild lack of restraint, a carelessness. Rosie rushed off, zigzagging over the stones, tail steering, out of sight. The vegetation soon vanished. We were on rock and gravel, water sluicing into eroding channels, braided watercourses breaking open, water creeping into our clothes, the roaring wind sweeping our words away. Nothing but the storm in my head, like a faucet on full.

‘Rosie lost her nerve and came close to Laura. A sudden gust whipped up and slammed me into the ground. I staggered back up as it blew me sideways, pushing me off the ridge. Water streaming down my face, I shrieked across to Laura to stop to check the map. We could see a couple of shadowy landmarks. I took her hand, to stay steady and walk behind in the slip stream.

‘We kept on like this for hours, dashed with water, violent wind, watery whirlwinds, pummelling torrents – quiet inside, like the trees. That’s what was good, the quiet inside, the part untouched by the storm, seeing that it was untouched. We finally descended to where the shelter of rocks produced a few leafy plants with their summer flowers and more grasses and shrubs and then a single windswept tree. The river was swollen. Holding hands, we waded through, packs unstrapped to let them go should we fall. The water tugged at our legs, to sweep us away over the slippery rocks, but our thighs stayed solid, like tree trunks, as we inched across. Laura clambered up the bank first.

‘Rosie’s whole body wagged as she barked and flew off into the golden tussock after a hare.

‘Everything in my worn-out pack, not in a plastic bag, was soaked. Laura’s new pack was still dry inside. We began the familiar routine of lighting a fire, hanging out clothes, sorting food, cooking a meal. Laura dragged in a couple of mattresses from the bunk rooms. Rosie curled up in the corner and didn’t move.’

Dyana plans to finish her “Living Exploration” novels and have them published during 2016. Fill in the subscription form on any page to stay tuned for updates.

Volume One of the Anchors in An Open Sea trilogy 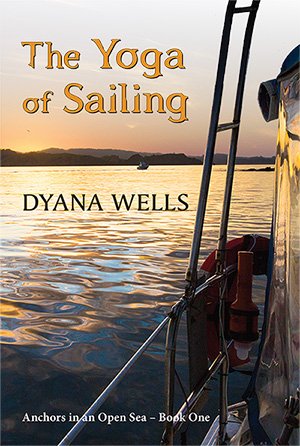 Volume Two of the Anchors in An Open Sea trilogy

Buddha and a Boat: What is this human life? Digging into the mystery when life gets sticky.

Volume Three of the Anchors in An Open Sea trilogy 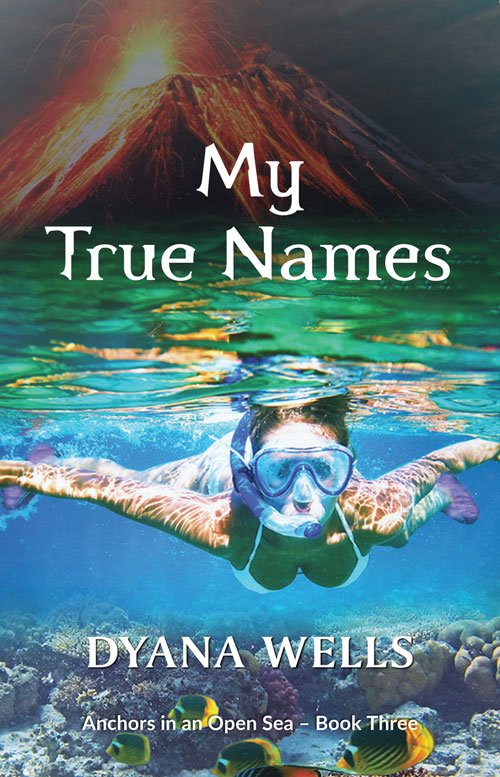 You can unsubscribe at any time.

Your email address will not be shared with anyone else.

You have Successfully Subscribed!